Support our Public Policy Board with a recurring donation to the Libertarian Party of Oregon.

This Week in the Media by Lars Jefferson

This Week in the Media

Dr. Lynn Asked to Resign From Tigard Tualatin School Board

School Board / Become a Board Member

Oregon doles out $10M in unclaimed funds … could be you?

These 20 new Oregon laws are going into effect in 2023

Speaker of the House

Chaos in the House: McCarthy’s Plea and Begging for Votes

In a world first, AI lawyer will help defend a real case in the US

Colorado migrants are being sent to New York City

You’ve Got to Be Kidding: Professor Demands Animals Stop Eating Each Other | Mises Wire

‘I’m losing my g*ddamn mind’: Woman records herself having full-blown meltdown over an ambulance in the bike lane

END OF THE WORLD?

No, Humans Are NOT Causing A “Sixth Mass Extinction” | MICHAEL SHELLENBERGER

Surveillance State: What the #TwitterFiles mean for America, Ukraine and libertarianism | LP of MA

Marxists use linguistic tricks. “Communists share your vocabulary but they don’t share your dictionary” is a common way of putting it. One of the dirtiest of those tricks is on the word “people.” Whether it’s in establishing “Democratic People’s Republics” or championing “the people’s movement,” Communists are always subtly telling us that the only people they count as people are Communists. In this episode of New Discourses Bullets, host James Lindsay explains this history and usage and ties it to a present-day example that, on the surface, looks funny but turns out to show an ugly hand. Join him to learn more!

The Week in Media by Lars Jefferson

The week in media is a list of news & links curated by LPO Member Lars Jefferson.

It’s that time of year.  We are all tired, weary and just want to be with family and friends. Unfortunately, the powers that be use this time to dump a lot of stuff in the media while no one is watching. Merry Christmas, Happy Hannukah, Happy New Year and be ungovernable.

CARTOON: HOMELESS GET 10X MORE RIGHTS THAN YOU

The Left is Suddenly Against Gun Control

Oregon Ballot Measure 114: Everything You Need To Know In One Place, Without Partisan Spin, And In Chronological Order

SO MUCH FOR MADE IN OREGON

BROWN PARDONS TRAFFIC TICKETS FOR POOR, YET FORCES THEM TO BUY COSTLY EV?

Congress moves to ban TikTok from US Government Devices

Report: Executions continue to decline in U.S., but many are ‘botched’ – The Columbian

SF Gave $1.4B to Nonprofits This Year. Many Were Not Living Up to Contracts

Biden Ditched Town Before Signing $1.7 Trillion Omnibus, So Now The Gov Is Flying The 4,000 Page Bill Down To His Tropical Vacation For His Stamp Of Approval

US Supreme Court keeps asylum limits in place for now

Arrested for Praying in England VIDEO

Is this happening where you are?

Elon And Me On The Twitter Files | Michael Shellenberger

This is how the leftists see competing views

How the ESG Machine Works

Where your cobalt batteries come from | Joe Rogan and Siddarth Kara

Put a lump of coal in Salem’s stocking

Did you know you can keep money out of the hands of the state government by making a donation to the Libertarian Party of Oregon? It’s not just tax deductible, it’s a straight up credit of $50 for single filers and $100 for those filing jointly for household incomes of no more than $75,000/150,000 respectively. (More info: https://oregon.public.law/statutes/ors_316.102)

We have big plans for our upcoming State convention this May and we are working on getting events planned and systems put in place for a very exciting presidential year in 2024…but our success in growing the party and building it’s infrastructure will largely rely on our available financial resources.

You can donate by clicking here —> DONATE

If you are a donor that is interested in making a donation larger than the amount necessary to receive the credit, and would like to know more about the LPO beforehand, please reach out to our Vice Chair via email: will.hobson@lporegon.org . If time permits, a call can be scheduled to go into further detail for interested donors.

Next week we will be sending out our LPO Yearly Wrap up to go over what we accomplished in 2022 and to talk about what we plan to do in 2023.

Thank you so much to all past, present and future donors. We are forever appreciative of your support. Happy Holidays and Stay Free!

Who all is interested in serving on the following committees?

We are getting them spun up with regular monthly meetings starting early in January to get ready for 2024:
Campaigns Committee

Please send an email to will.hobson@lporegon.org if interested. Thanks and happy holidays!

The Week in Media: Lars Jefferson

People who skipped their COVID vaccine are at higher risk of traffic accidents, according to a new study

Why Everyone Needs An AR-15

America, We Can Choose Not to Tolerate Weirdos

Michael Knowles and Luke Rudkowski have an unresolved debate about the state, individuals, families and culture.

This is the second installment of the LP Oregon’s Week in Media by contributor Lars Jefferson.

Mr. Jefferson is kind enough to compile for us, the Libertarian Party of Oregon interesting, absurd, and relevant news and notes from near us in Oregon and “further” away. Thank you, Lars!

Keep a balanced news diet with Ground News  No one has time to read all the news.  Ground News identifies bias and factuality.  Of course, you still have to do your part and make your own decisions, but Ground News puts it all in one place.

Want to see something here that may be of interest to Libertarians? I’m especially interested in local news from ALL AROUND Oregon.  Contact me on Discord.  I’m easy to find on Twitter and Facebook.  Happy hunting.

Moms Union: 2023 is the year of the student | The Oregon Catalyst

County Looks to Change its name

IF LANE COUNTY RENAMED … 13 OTHERS MAY BE NEXT

Arguments abound over whether Oregon should raise alcohol price | KATU

The Short Version of 114 this week

More details on 114 below

Will Hobson Goes to Salem

‘We would like to have our items back’: Equipment, items stolen from preschool

Portland is first in nation to phase out petroleum diesel, replace with biofuels – oregonlive.com

Descendants of Slaves in California could receive $200,000 in reparations

‘Do Not Believe A Word Of It’: Detransitioned Navy SEAL Says CNN Used Him As Trans Propaganda | The Daily Wire

What IS Ye doing?  He walked out of Timcast Episode, then said something racist with Alex Jones.  Is he torching his brand to make his name worthless?  Is this something to get Woke leftists and KKK in the same group?  Is this some kind of 4D Chess or Performance Art?

In a world of War Pigs, Take off the blindfold. Be the girl in red.

Liberty Is Not for Wimps

The leftists we call woke have corrupted and continue to destroy society.  A small percentage ACTUALLY knows where this comes from.  The vanguard is usually college-educated people in your company’s HR department, but many educated in our system now believe nonsense.  There is also an army of “useful idiots” who have been immersed in the culture of oppression Olympics, racist, sexist, phobias, and whatever the current thing is. Learn to spot it and get out of this cultural phenomenon.

James Lindsay has done the reading so you don’t have to.  If you want to get into the weeds of what’s going on, check out New Discourses.

What is SEL?  Social Emotional Learning is covered here in this episode on Disaffected.

James also appeared with  Benjamin Boyce and DrRollergator about the dynamics we are seeing today.  Guess, what? James drops a BIG YELLOW PILL at the end.

Today Richard Burke along with Annie Kallen, represented the Libertarian Party of Oregon at the annual “Democracy in Action” event hosted by Central Catholic High School in Portland Oregon.  At this event, various public officials, political parties, and political organizations set up displays while students arrive and ask questions.

To help demonstrate what is unique about the Libertarian Party of Oregon, we employed the well known quiz along with the nolan chart as is available from the Advocates for Self Government.  In the attached photo, Richard Burke and Annie are shown second and third from the left. 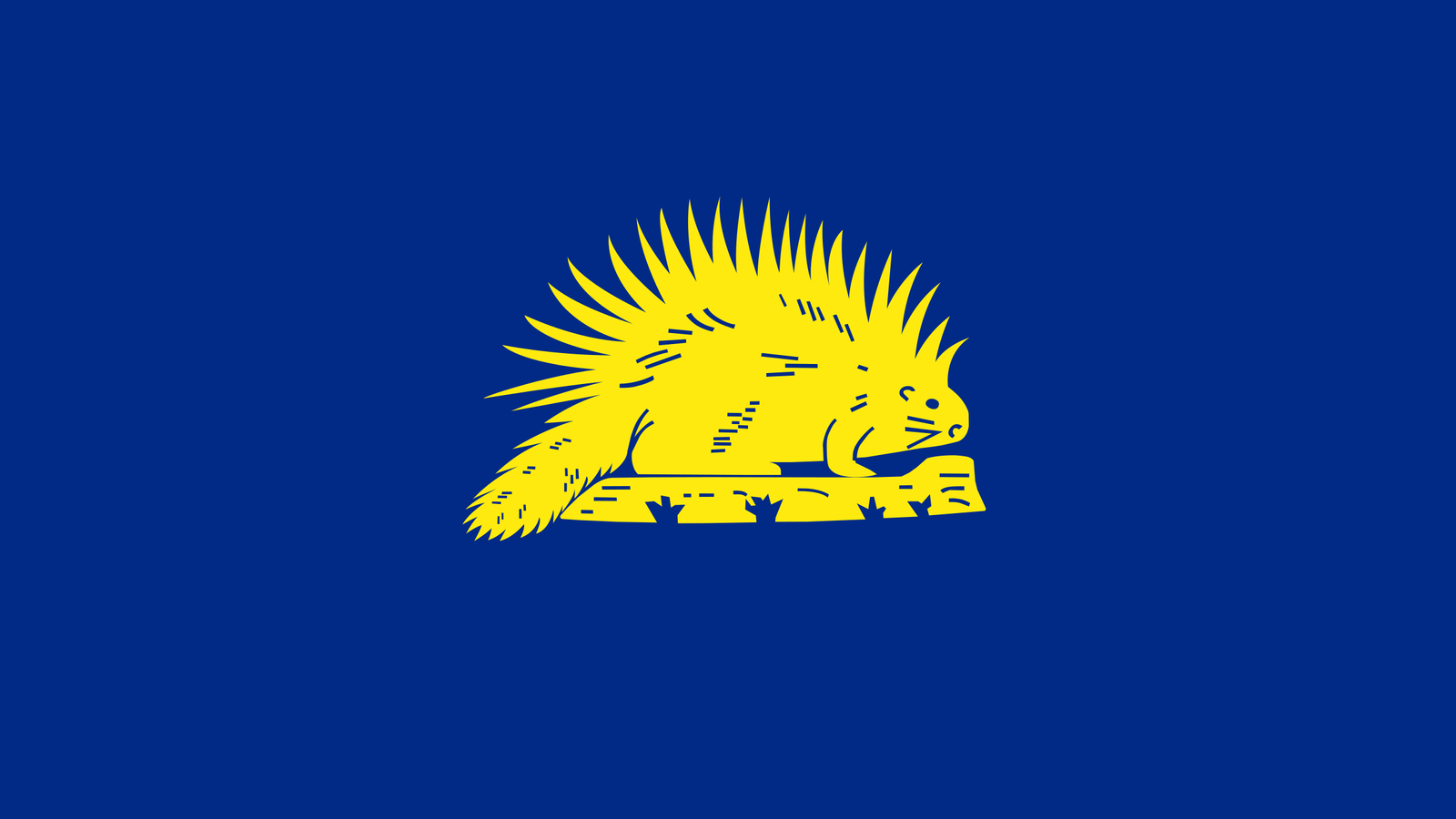 This is a running list of websites for candidates:

On September 21st, 2022 the Libertarian Party of Oregon Board appointed the Public Policy Board after a review of applications called for on August 19th, 2022.

We had more applications than seats on the board. We are proud to have a range of experiences including two office holders, and lifetime members of the Libertarian Party. They will be led by Travis West, the LP Public Policy Board Chair who was selected by his fellow Public Policy Board members.

Our next LP Oregon convention the Public Policy board will be open for election.